Beginning in colonial times and continuing through the 1930s, one way to get from the flats along the Monongahela riverbank up the steep hillside to Duquesne Heights was a narrow pathway known as the Indian Trail. The route weaved it’s way along the slope of Mount Washington. In 1909, the city built a wooden stairway, from Carson Street to Grandview Avenue, that became known as the Pittsburgh’s Indian Trail Steps.

The Indian Trail Steps in March 1910. Many hilltop commuters walked these city steps to and from work each day. 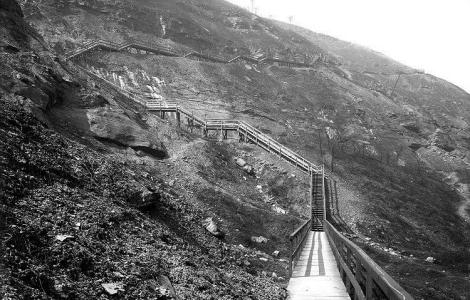